Everything You Need To Know About Ranch Style Homes 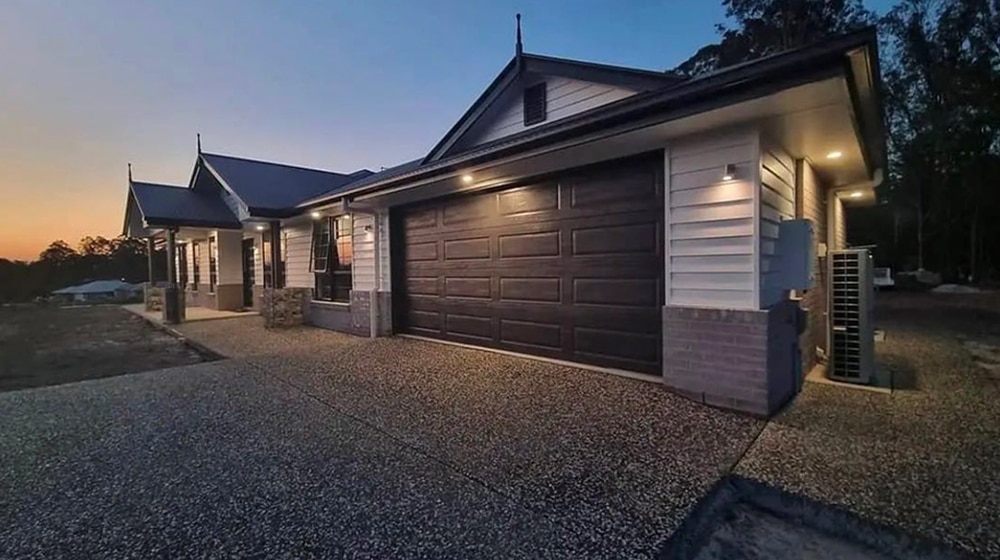 When you think of a ranch style home, you probably envisage a home sitting somewhere in the Australian countryside surrounded by grazing cattle and a dirt access road. But, what about in reality? The country is not the only place you’ll find ranch style homes nowadays especially with the urban sprawl now seeing more Australian families move out of the cities to neighbouring townships that have the room for their dream acreage home.

So what are ranch style homes all about? How can you achieve that look you love? We tackle everything ranch in this article, so sit back relax and enjoy the read…

WHAT ARE THE DIFFERENCES BETWEEN RANCH STYLE HOMES AND OTHER HOUSE STYLES?

It’s not difficult to spot a ranch style home if you know what you’re searching for. Ranch style homes are often classified as expansive, low-slung constructions that exist in a variety of forms, sizes, and designs.

Although multi-story ranch homes exist, this style of home is most commonly seen on just one storey. The rationale for this is straightforward: ranch home designs highlight the delicate mix of interior and outdoor life.

WHEN DID RANCH STYLE HOUSES GET THEIR BEGINNINGS?

The ranch style home design has long had a strong connection to American history. As more individuals moved west in the 1920s, the architecture grew increasingly fashionable. The single-story design and low-to-the-ground silhouettes were not only easy to maintain, but they also helped battle the scorching heat of the Southwest.

Ranch houses saw a brief period of decline in favour after their introduction to the architectural scene; but, as suburbs grew more prevalent, the form made a significant comeback. Here at Avondale Homes, we’ve seen a massive resurgence of families looking for Australian ranch style house designs in South East Queensland.

Ranch style houses have been around for over a century, and are popular today for a variety of reasons. First and foremost, they are excellent candidates for our climate and environment here in Queensland. Their structure allows them to be a cool destination on those hot Australian summer days. They also provide that sense of space and privay that Australian families love and yearn for.

Cliff May, a California architect, popularised the ranch house design in the early 1930s, and his version is now regarded as classic in the realms of ranch and country style homes. 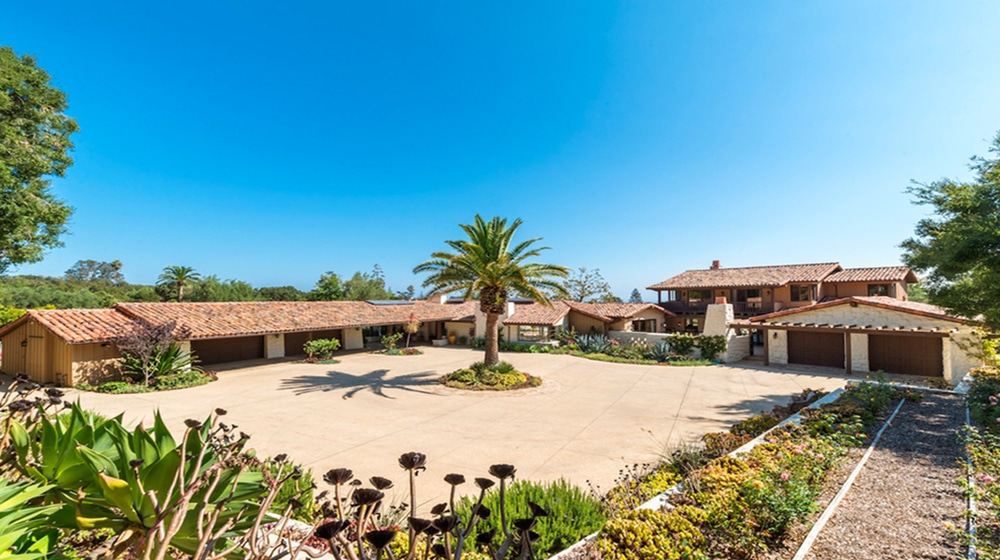 This tried-and-true style is inspired by the Arts & Crafts movement, which ruled until the 1920s, and Spanish colonial architecture. 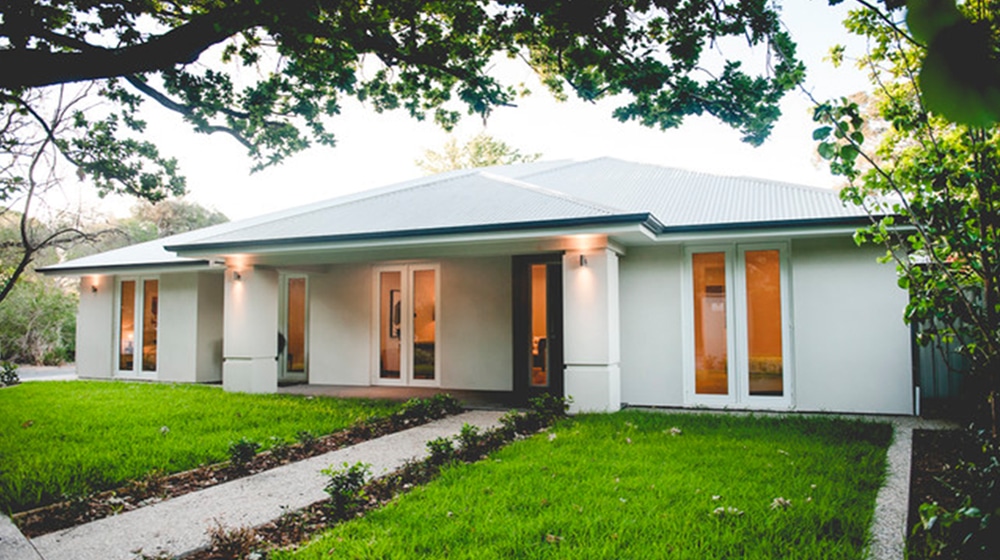 While this style has many of the same characteristics as a California ranch, it is generally smaller and has a more straightforward appearance. Consider it a cul-de-sac-friendly option.

3. THE RANCH HOME WITH SPLIT LEVELS

Why limit yourself to one storey when you may have several? Split-level ranches, which were popular in the 1960s and 1970s, have three to four storeys and stagger their square meterage. 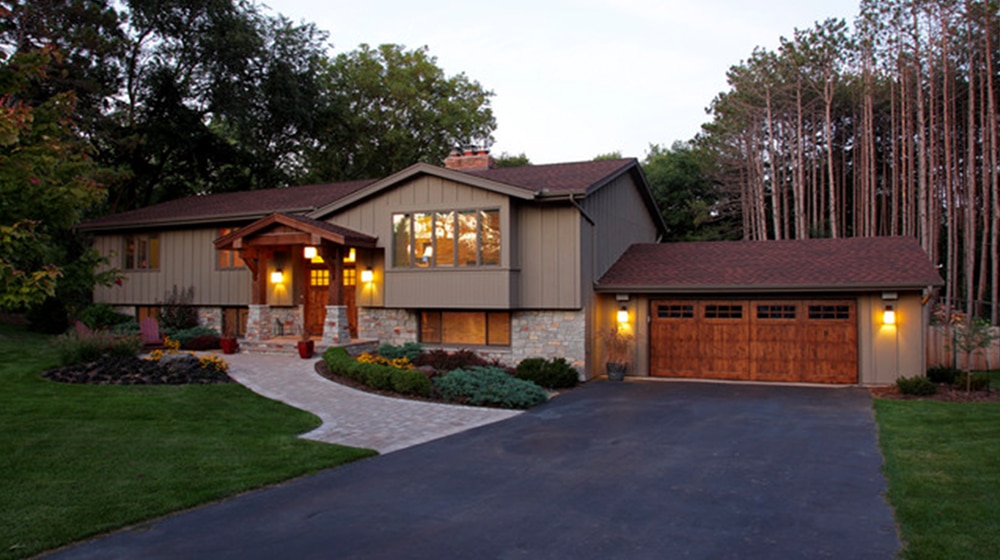 The den, garage, and bedrooms may all be on the same level, but residents may need to travel up or down a modest flight of steps to get to them. Although the different storeys are a long cry from the usual ranch home architecture, they are ideal for families seeking solitude.

Many people mistake split-level and raised ranches for the same thing, but there are some significant distinctions between the two styles.

While split-level ranches have many levels, raised homes typically have two storeys, one above and one below the doorway. 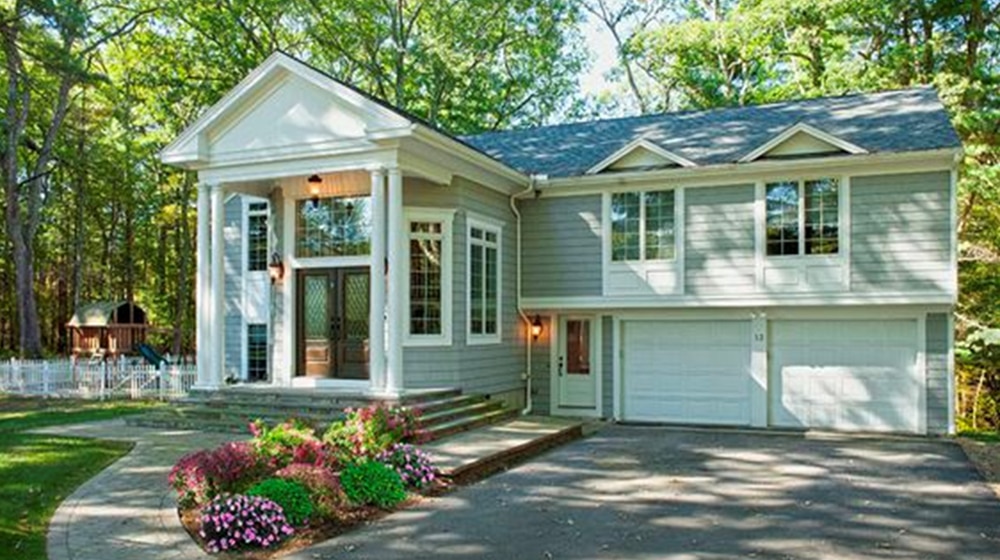 Both are deviations from the norm, but the simplified floor plan makes this style feel more in line with a traditional California home.

WHERE ARE THE MOST POPULAR RANCH STYLE HOME STYLES?

The ranch house style originated in the Southwest, although it has since expanded throughout the United States of America and the rest of the world.

These designs are perfect for family, entertaining and just having a sense of space. Their open plan living and kitchen areas really also bring the outside in so it’s no wonder why families love these designs.

Ranch style homes exist in a variety of forms and sizes, but they always have a few qualities.

They generally feature a low-pitched roof, wide eaves, picture windows, and a dedicated porch or deck, in addition to their low-slung – and often single-story – layout.

You may also expect a sliding glass door in the backyard, as ranch style homes are known for bridging the gap between indoor and outdoor life. A ranch home will almost certainly have an attached garage, as do most modern homes.

Of course, the outward parallels don’t end there. Most ranch-style houses, it turns out, have an open-concept design, allowing residents to personalise their interiors as they see fit.

TALK TO US TODAY!

HOW TO DECORATE IN THE STYLE OF A RANCH HOUSE

There is no one way to design ranch homes because they come in so many different styles. Check out these creative ideas if you’re seeking for some new ways to spruce up your house.

1. POINT OUT THE OPEN-CONCEPT

Do you want to make the most of your space? Make your home’s layout a focal point. While an open-concept layout might give your house a light and airy sense, adding room dividers or bookcases can make it feel confining.

Don’t overcrowd with furnishings. You want a smooth flow between each place when you have an open design for your primary living areas.

Break up the area with diverse carpets to give the idea of several rooms without jeopardising your home’s airy image.

The colour you pick for your walls has the potential to establish the tone for your room, and because ranch houses are often open-concept, the colour you choose is even more important. 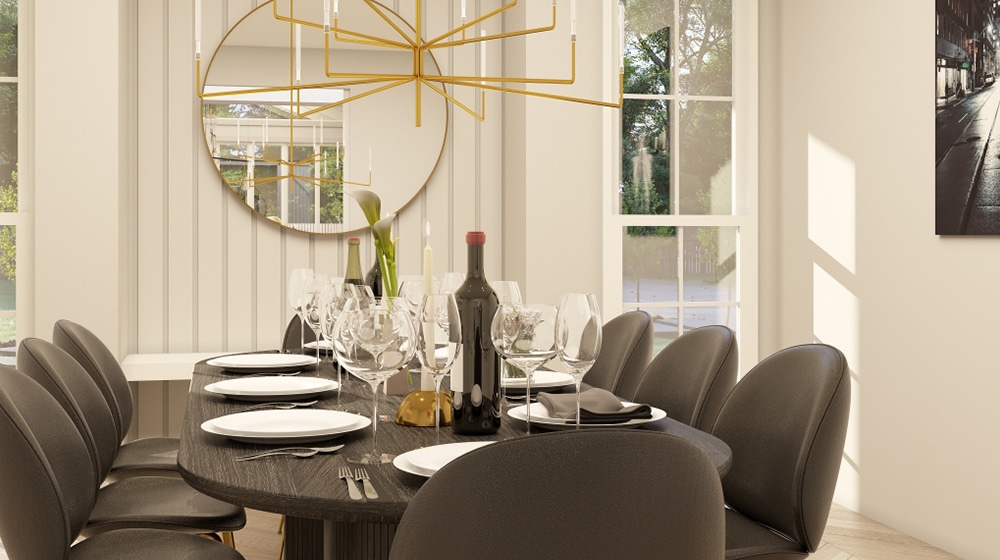 Stick to light and flexible neutrals if you want to maintain your home’s airy, open plan at the forefront. However, there are more colours of white than a pure white. The possibilities are nearly unlimited, ranging from sandy beige to light grey to a relaxing blue.

You don’t have to use the same colour scheme in each area whether your living spaces are in one huge room or next and visible to one another. A simple method to achieve this is to pick one or two colours and repeat them in each place. The colour of the dining chairs might be echoed in the living room couch pillows.

Finally, the design of your home’s décor should represent your own preferences.

If you’re not sure which form of furniture fits best with the ranch home style, sleek shapes – particularly those that pay reference to mid-century modernism – are a safe bet.

Mid-century modernism is a style that originated at the turn of the twentieth century and is presently making a resurgence. It features a narrow, boxy form and muted colour palettes.

This style will not only keep your home on trend, but the slender shapes will also generate a lot of negative space, emphasising the layout of your home.

Because the ranch home style was created to strike a delicate balance between interior and outdoor life, you should not overlook your backyard.

Instead, furnish your outdoor space like you would any other room in your home, with comfy furniture, unique accessories, and well-placed lighting.

There you have it, our guide to ranch style homes and what to look for. If you have a question, we would love to talk to you and see how we can bring your vision to life. Simply get in touch and let’s get ranching!

Australian Homestead Designs: What you need to know

Building on acreage? Ask your builder these critical questions before signing... Scroll to top